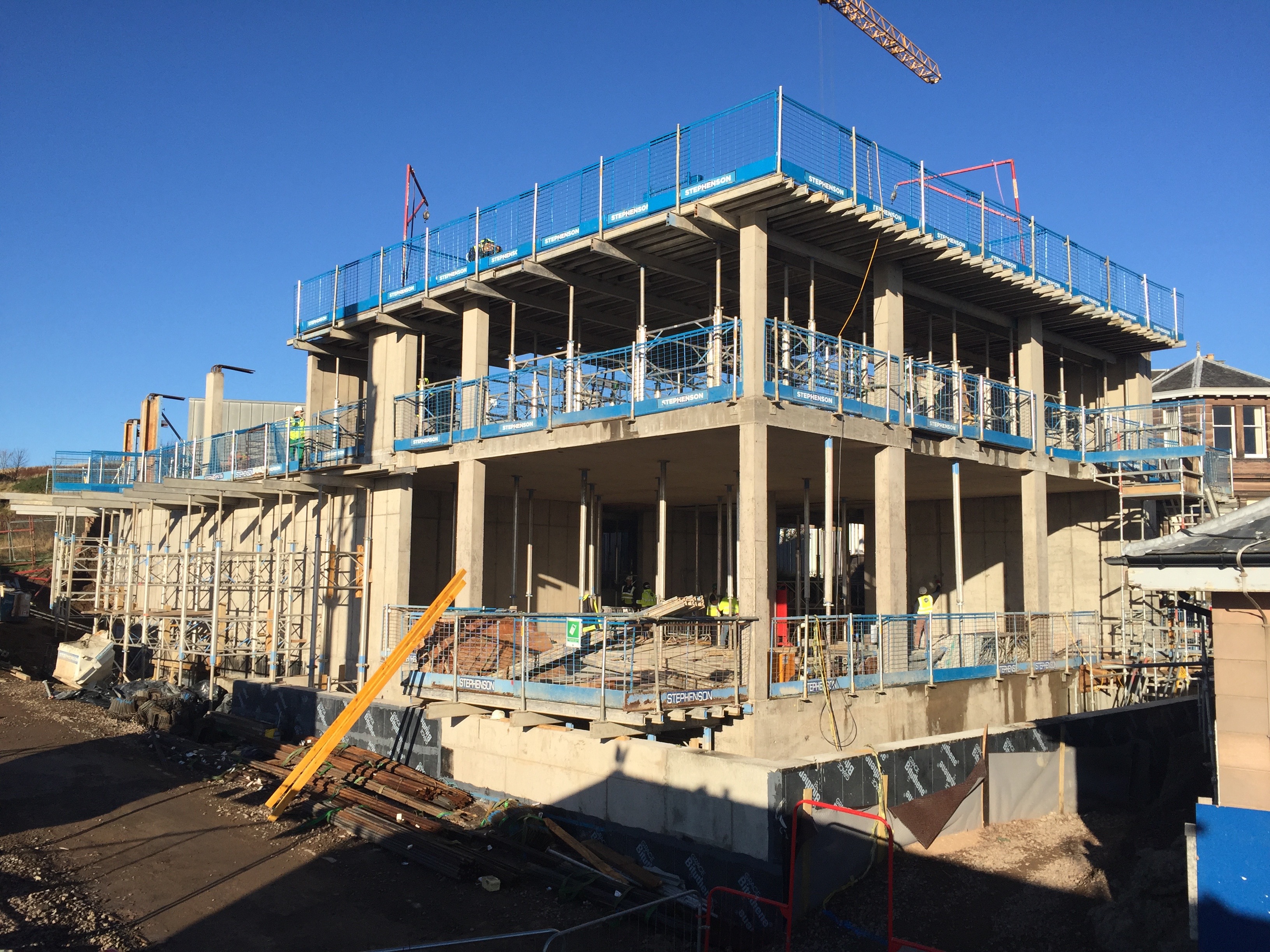 PMJ Masonry have begun construction on the Higgs Centre for Innovation in Edinburgh. The new construction will mean working with main contractor GRAHAM Construction for the first time in what will be a very successful partnership in delivering an impressive new building.

The final designs for the building were recently unveiled at a celebratory event at the Royal Observatory, Edinburgh, where the new centre will be housed.

The Higgs Centre for Innovation is named in honour of Professor Peter Higgs of the University of Edinburgh, who received the Nobel Prize for his prediction of the existence of the Higgs Boson which was discovered at CERN in 2012. The Centre will support start-up businesses with the aim of creating new market opportunities, especially in big data and space technologies. The Centre is funded through a £10.7 million investment from the UK Government. The Science and Technology Facilities Council will invest £2million over five years to operate the centre.

Our twitter feed will update with regular posts from site so visit @PMJMasonryLtd to keep up to date.

This site uses Akismet to reduce spam. Learn how your comment data is processed.