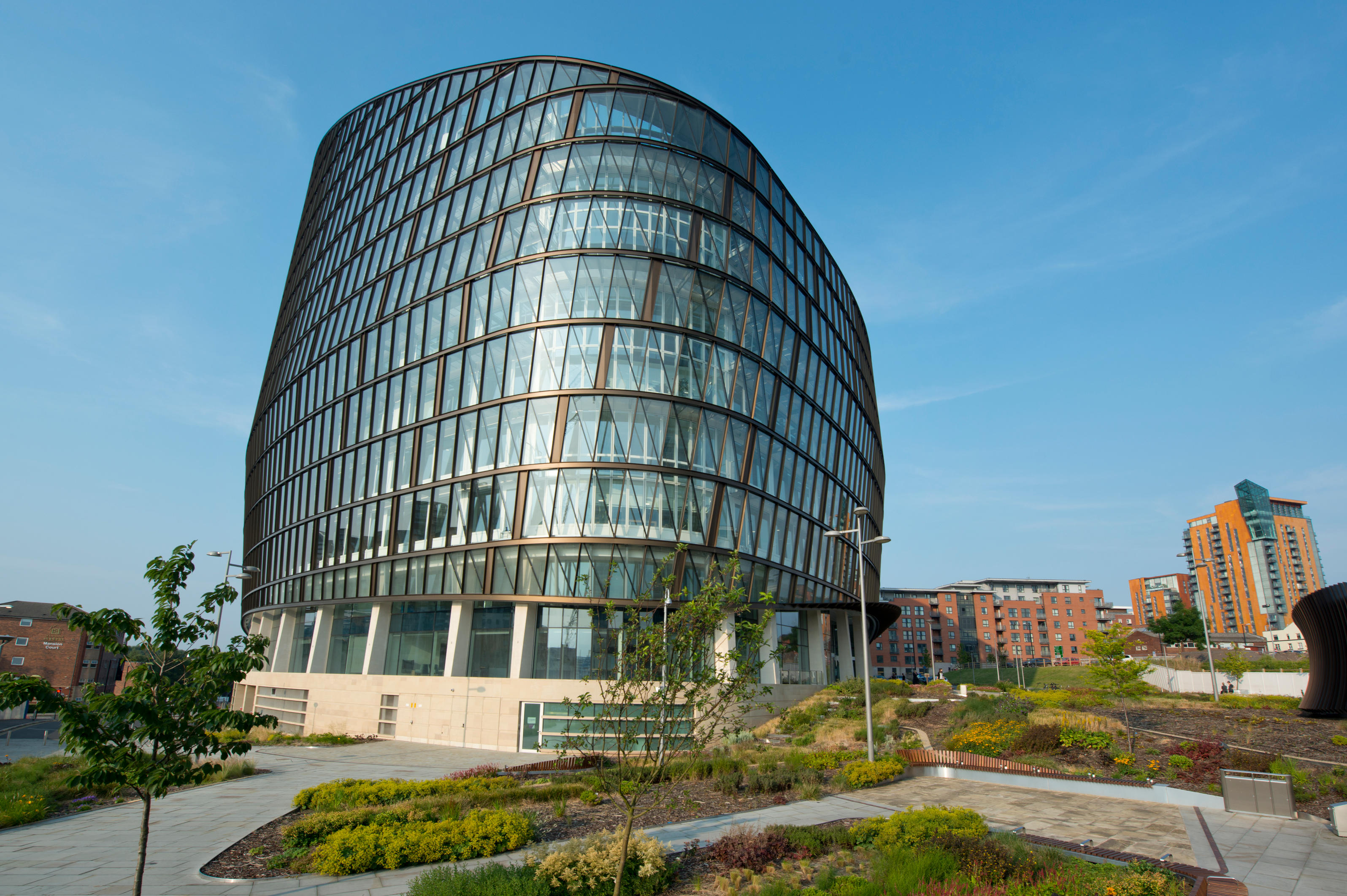 In 2007, the Co-Operative Group announced plans to move their offices from Miller Street and Corporation Street to One Angel Square in Manchester. CEO Peter Marks stated the reason behind this was due to the takeover of Somerfield and the Britannia Building Society.

Work began on the brand new headquarters in July 2010 with BAM Construction being the main contractor appointed. PMJ Masonry were tasked with supplying Durham Sandstone and installing this as natural stone cladding around the base of the building. Further to this, our stone masons cladded large columns from the base attaching to the glass exterior using specially rounded natural stone units.

The use of Durham Sandstone on the exterior of the building features large amounts of curving and the implementation of facia/capping detail. What made the project more challenging was the large soffits that were needed to the rear underground parking entrance.

This final building produced a truly striking image on the Manchester Centre landscape and gained the highest awards for its energy efficiency, architecture and overall construction.